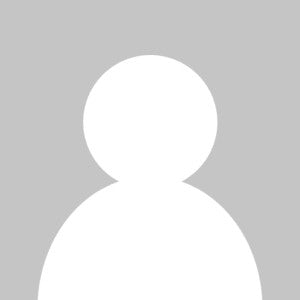 We are pleased to announce the consolidated annual results for Embark Group (‘Embark’), for the year ended 31 December 2018.

Embark consists of six trading subsidiaries, supported by one shared services subsidiary. The Group has undergone a period of transition from its origins as a ‘pure play’ Full SIPP and SSAS Administrator, to become a leading provider of digitally-executed retirement services. Embark’s capabilities now span savings wrap through to investment research, actuarial consulting and workplace savings.

Each subsidiary has built on the success in 2017, reporting solid organic growth, productivity improvements, client service gains, and improved profits. A continued drive to deploy its digital platform capability has aided in improving the underlying cost of operations. This, coupled with the provision of central support services, has resulted in material operating cost synergies year-on-year and allowed material investment to be focused on the Embark Platform and Vested businesses, both which play an important role in the long-term strategic direction of the Group.

As in previous years, Embark made a further strategic acquisition of the Option SIPP - a mid-range IFA focused product - from Liberty SIPP Limited in October 2018. This, together with market-leading net organic growth, resulted in the following headline performance:

This performance assisted a 74% increase in the balance sheet (net assets) of the Group year on year, and a regulatory capital coverage ratio of >180%. These results further support the AKG Financial Strength Rating of B (Strong) attained for the core operating subsidiaries of the Group in late 2017. Trading for 2019, continues to show similar progression, with strong underlying client growth and (unaudited) profit performance for the year to date as of April with AuA at £15.2bn and client volumes at 147k as at the end of May.

Embark continues to asses acquisition opportunities, but will only operate inorganically for high quality, transformative deals.

“During the year under review, we have moved into profit at a consolidated level, following five straight years of significant investment in the Group. We are now in the very early stages of value creation from those investments, particularly underlined by our market-leading gross sales and net attrition performance over the year. We are exceptionally well placed in what remains a complicated market backdrop for the sectors in which we participate.”

“Our business model is starting to show fruition as we continue to demonstrate our ability to grow new business, acquire and integrate additional scale, and deliver solid consumer outcomes. We have leading propositions across SSAS, SIPP, Wrap and Employee Benefits Consulting now, and have become disruptors across these chosen channels. I remain firm in myt belief that digital disruptors such as Embark will win in the long run.”