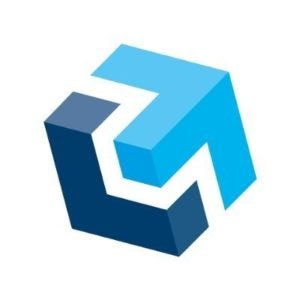 Beijing’s new strategy of self-dependent growth must also balance stabilising highly leveraged sectors, such as property, with maintaining sufficient employment for social stability. While 2021’s policy surprises caught investors unaware, there are opportunities to invest in line with policy priorities.

When Beijing ruled in July that core parts of tutoring companies’ businesses could only be conducted on a non-profit basis, it might have seemed a little bizarre to western audiences. Yet the measure was not just an attempt to relieve mounting education costs for parents as part of a push for “common prosperity”. What was misunderstood is that it was also an attempt to boost the middle classes’ spending power so they could buy more Chinese manufactured goods and reduce the economy’s reliance on exports.

China has been full of surprises in 2021. Not least, its growth has slowed more than expected. Due to policy reforms, tight credit and power cuts GDP growth is in our view likely to end the year at 7.5%-8%, and will slow still further to below 5% in the first half of 2022. Equally surprising, however, are its policy reforms.

Beijing has taken advantage of the high growth rate at the start of 2021 to get its house in order, which is commendable. Looking forward it must tread a delicate economic path: keeping unemployment below the critical level of 5.5% while maintaining tight credit in highly leveraged sectors such as property, local government and state-owned enterprises. At the same time, it is seeking to boost domestic consumption and reduce reliance on the outside world – both in terms of exports and external investments – at a time of ongoing trade tension with the US.

As it pursues these strategic goals – financial stability, social stability and self-dependent growth – China will target financial stimulus more precisely than before. While credit will be flat in real terms for 2021, we think growing at about 11%, more important is the reallocation to priority sectors. These are high value-added manufacturing, green energy and small and medium-sized enterprises. Since joining the World Trade Organisation 20 years ago, in 2001, China has been manufacturing cheap for the world. But as foreign relationships sour, so it is turning to protect the supply chain and secure the economy. Over the next decade, China will switch to manufacturing for its own people.

How will it persuade the middle classes to buy Chinese goods? It is crucial to remember that the average Chinese citizen spends their life saving for three things: a house, educating children and healthcare. So, reducing the cost of education has a role to play as China turns inwards, as does cutting the cost of housing.

Stabilising the real estate sector has implications for the asset quality of the banking sector. While the difficulties at Evergrande, one of the country’s largest developers, in servicing its debts are well known, in fact the real estate sector’s difficulties are far greater. Developer debt of RMB 20 trillion ($3 trillion) is about 10% of total corporate credit or around 20% of nominal GDP.

China’s small and medium-sized banks, which were the main funders of 2020’s credit expansion to counter the pandemic, are most exposed to the real estate sector. While the big five banks are well capitalised and have grown in an orderly manner, judged by western standards about half of the smaller banks are technically insolvent. Since the global financial crisis, the big five’s assets have expanded from 110% of GDP to 135%; but smaller banks’ assets have rocketed from 90% to 190%.

Even so, China is aware of the problem and has the resources to solve it. A funding crisis seems unlikely as there is no obvious contagion channel to the global financial markets: Chinese banks are domestically funded and the People’s Bank of China has a powerful armoury of tools to deploy if there is a funding problem. There are possible internal and external triggers for funding freezes, but neither would happen without a loss of faith in the system, which seems unlikely.

Within the equity market, the misfortunes of the property sector have combined with a regulatory reset for internet and ecommerce companies to hit sentiment. To-date in 2021, property developers (excluding the Evergrande Group) have defaulted on around $12.7 billion of debt, or 4.7% of China’s high yield sector.

To cool the sector, Beijing rolled out its “three red lines” in 2020, which aim to constrain developers’ debt with three balance sheet metrics: the ratio of liabilities to assets; net debt to equity; and cash to short-term borrowings. If a developer fails all three it cannot raise any more debt, which means it cannot refinance and cannot grow. To regulate land sales, the government has introduced centralised land auctions in 22 cities. But the result has been mixed so far because in some areas land auction prices remained high.

Turning to internet and ecommerce companies, after years of rapid growth the sector is in the midst of a regulatory reset designed to counter the same data privacy issues and monopolistic tendencies seen in their peers in the west. Yet because China has a command and control economy, crimping the power of these companies is a simpler matter. Investor sentiment soured in July after the Chinese regulators launched a data security investigation into China’s leading ride hailing app, Didi Chuxing, just days after its IPO in New York.

Yet even following 2021’s regulatory surprises, and with economic growth slowing, there remain opportunities to invest in China’s large and broad equity universe. While there are regulatory headwinds associated with ecommerce, common prosperity and tutoring, Beijing’s policies are encouraging many other areas.
Among these are high value-added manufacturing and green energy such as the electric vehicle sector. Rather than headwinds, the strategic goals that emerged in 2021 provide these sectors with strong tailwinds.

Lin Jing Leong is a Senior Research Analyst in the Emerging Markets Debt Team at Columbia Threadneedle Investments, where she covers Asian sovereigns, rates and currencies. Prior to joining the company in 2020, Lin Jing worked at Aberdeen Standard Investments where she was an Investment Manager, focusing mainly on Asian rates and sovereign bond markets. She also previously worked in the Reserve Management Section of The Central Bank of Malaysia.

Lin Jing holds a Bachelor of Economics with an Honours in Econometrics from The University of Queensland, Australia. She is a CFA charterholder.

Justin Ong is a research analyst on the Emerging Markets Debt Team at Columbia Threadneedle Investments, with a focus on Asia corporate debt. He joined the firm in April 2019 and the industry in 2007. Prior to his current role, he was a research analyst with Barclays for 12 years, covering European credit in London and, subsequently, Asian corporates in Singapore. Before Barclays, he was a mobile networks engineer.

Justin has an MBA from the Wharton School, University of Pennsylvania and a Bachelor of Electrical Engineering from Nanyang Technological University, Singapore.

Paul Smillie joined the company in 2010 and is a credit research analyst within the Fixed Income team. He has specific responsibility for researching companies and providing relative value ideas in the financials sector.

Prior to joining the company, Paul spent six years at Banquo Credit Management in trading and analyst roles. He has also worked in the back office at Merrill Lynch. Paul holds a Law degree from the University of Glasgow.

The information, materials or opinions contained on this website are for general information purposes only and are not intended to constitute legal or other professional advice and should not be relied on or treated as a substitute for specific advice of any kind.

We make no warranties, representations or undertakings about any of the content of this website; including without limitation any representations as to the quality, accuracy, completeness or fitness of any particular purpose of such content, or in relation to any content of articles provided by third parties and displayed on this website or any website referred to or accessed by hyperlinks through this website.

Although we make reasonable efforts to update the information on this site, we make no representations, warranties or guarantees whether express or implied that the content on our site is accurate complete or up to date.

Columbia Threadneedle Investments is a leading global asset management group that provides a broad range of actively managed investment strategies and solutions for individual, institutional and corporate clients around the world.