The anatomy of a bear market 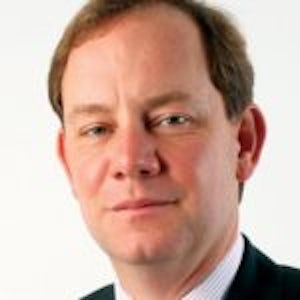 Bear markets are punctuated by high volatility and sharp rallies. Here are some thoughts on what we can expect in this time of crisis.

The initial phase is typified by a significant drop in asset prices in a very short space of time.  There is no question that we have already experienced this first wave; indeed, the speed of the fall has exceeded that seen during the Wall Street Crash of 1929.

We are now in the phase of greatest uncertainty, during which we will see whether policymakers can win the “intervention versus deleveraging” war.  Central banks can draw from the playbook that was established in 2008, making promises of liquidity with no upper limits.  Equally, the scale of the fiscal stimulus we are seeing is unprecedented, designed to breach the gap in revenues for companies and wages for individuals.

Given the tension between intervention and deleveraging, we will see bouts of optimism and pessimism amongst investors.  Signs of peaking rates of infection in Europe will bring relief rallies (possibly starting soon), as will progress on fiscal and monetary support.  Likewise, any suggestion that infection rates are not being contained will set a pessimistic tone.

We maintain that US equity markets entered this bear market expensively priced; not only that, corporate America was also heavily indebted.  As such, we expect US stocks to be the focus of more pain. Equities in other world markets were less highly priced at the start of this crisis, as well as being less indebted, but they cannot operate in splendid isolation if the US is struggling. The US is not yet pricing in a recession and we believe it must do so before the market clears.

In simple terms, we expect to see a series of bear market rallies but no proper end to the downturn until autumn/winter time, when we should have greater certainty about the scale of infection rates and how fiercely it runs through the global population.  On balance, there is a good chance that this bear market will run into 2021.

One difficult aspect of bear markets is that these sporadic rallies can be very powerful and it takes a great deal of courage to ignore them, unless you were cash-rich to begin with and are looking to add to your portfolio with a longer-term mindset.

Things we are watching:

Peter launched The Adviser Centre in May 2014, whilst employed by City Financial He was co-founder of the original Forsyth-OBSR Ratings Service in 2002. He joined OBSR in 2008 and was responsible for establishing the firm’s fund advisory business as well as continuing to conduct manager research.