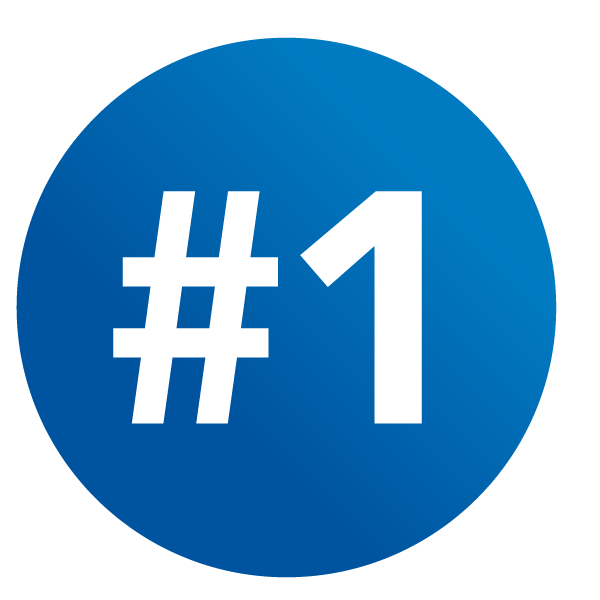 Perceptions of low financial literacy and confidence among female investors are challenged in the latest Embark Investor Confidence Barometer.

Most affluent women are confident in their retirement prospects, bullish on equity markets, and do not believe the advice industry needs female advisers to attract female clients, it found.

They are also more likely than men to seek professional advice and, if they do have an adviser, less likely to be satisfied with their advice or to recommend their adviser to friends and family.

The Barometer surveyed 750 investors – both advised and non-advised, and with an equal split of male and female – on a range of issues. All participants had a minimum of £100,000 investible assets, a pension, and were aged between 35-70. 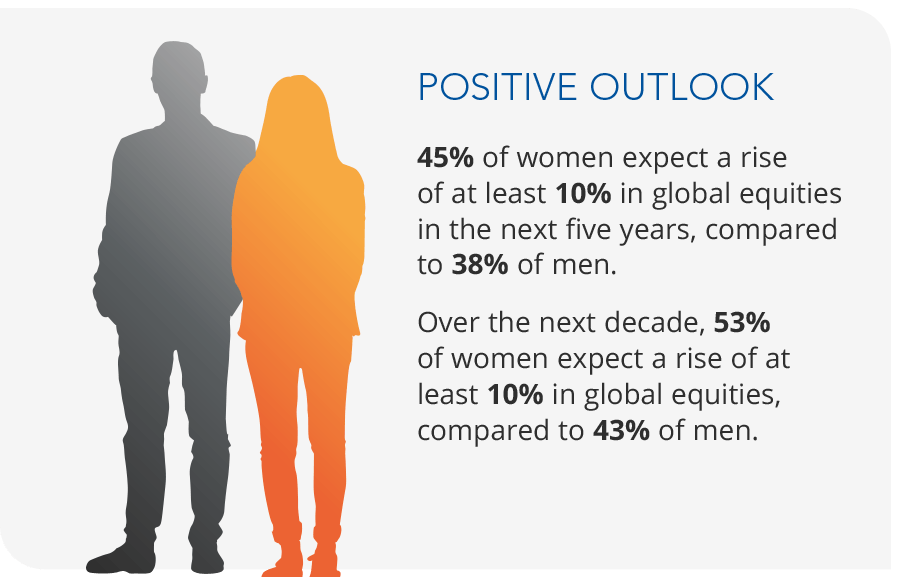 Around 70% of women, whether advised or non-advised, are confident they know how much they need to meet their retirement plans, are currently saving enough, and will be able to stop working when they wish to.

Their confidence may reflect a positive outlook on markets over the short and long term, with at least two-thirds anticipating a rise in equity markets over one year, five years, and ten years.

The latest Barometer suggests women are no less confident than men on their retirement prospects and are, in some instances, markedly more confident.

It also suggests female investors are more likely than men to make changes to their investment portfolios based on their outlook on markets, over the short and long term.

More than half (55%) of women said their short-term view on equity markets had led them to change their investment approach in their portfolio, compared with 45% of men.

Non-advised women are also far more likely than men to seek professional financial advice, whether for retirement purposes, a change in financial circumstances such as a job loss, or in the event of a market crash.

For example, more than two-thirds (70%) of women would seek advice ahead of or during retirement, compared with half (50%) of men.

Elsewhere, the Barometer results suggest female investors with an adviser are less likely than men to be satisfied with the advice they receive, and less likely to recommend them to friends and family.

While 72% of advised men were satisfied with the advice they received in the last 12 months, this applied to 64% of women. Whereas 90% of men said they would be comfortable recommending their adviser, this applied to 82% of women.

Female confidence in reaching their financial goals without an adviser took a greater knock than male confidence during the Covid-19 pandemic. While more than half (51%) of women were very confident prior to the crisis, this has dropped to 30%. The fall in confidence among men was smaller, though from a far lower starting point – from 30% to 28%. 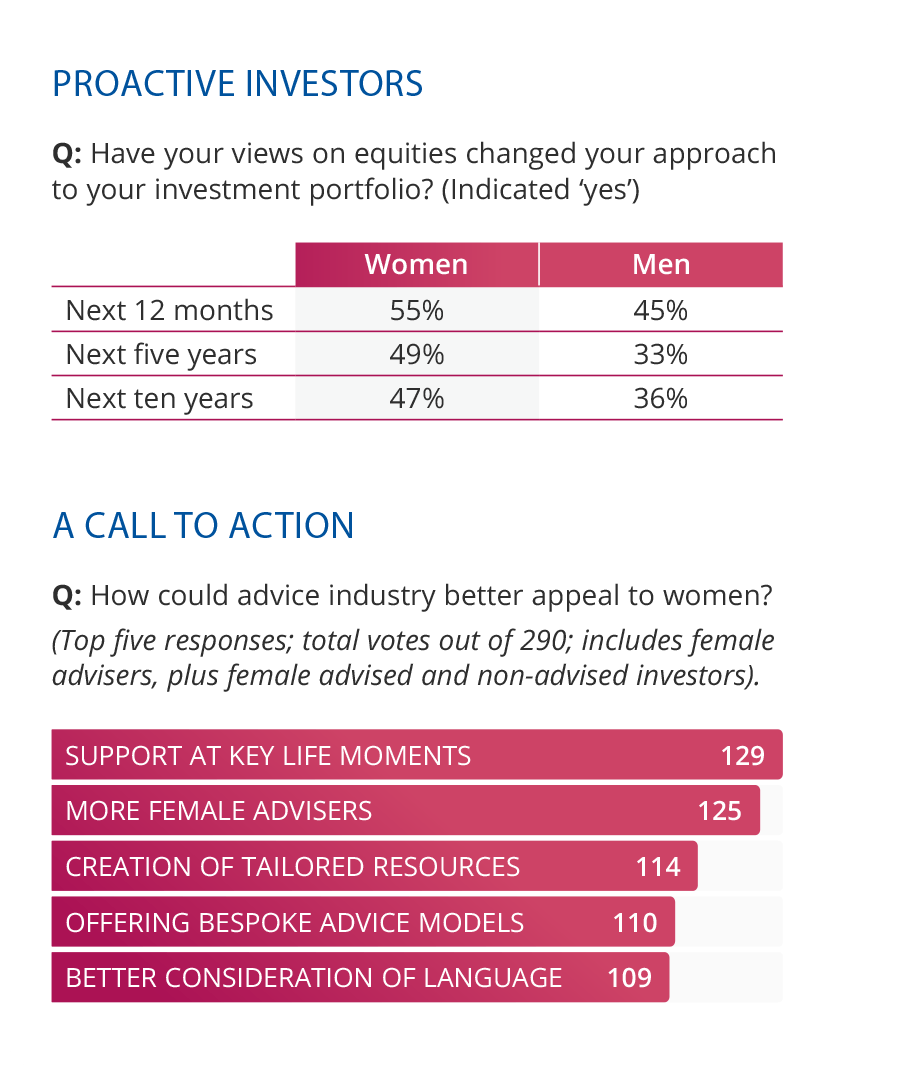 Only around half of advised (50%) and non-advised (48%) women say they would be more confident receiving advice from a female adviser.

Most advised women also say their adviser understands their challenges as a female investor and can give them tailored advice.

More than two-thirds (67%) agree their adviser understands their challenges, while 60% say their adviser can give them customised advice. 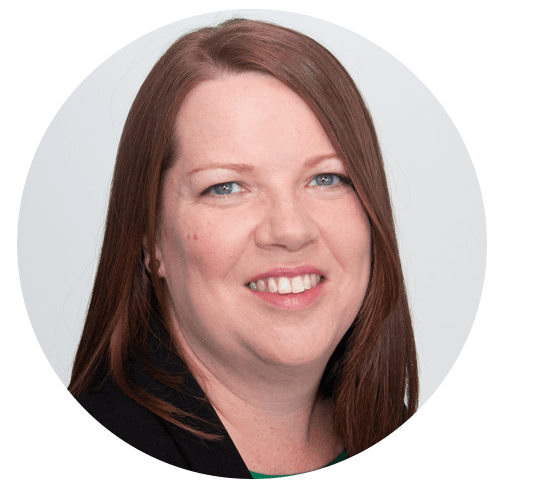 “These are fascinating results. Many of us have seen headlines encouraging women to be more
confident investors, but our findings paint a picture of positivity among women.

Of course, we are mindful of our participants here – everyone surveyed has significant investable
assets and a pension – so a degree of confidence might be expected. However, the results may
challenge some perceptions.

Meanwhile, we can see there is some consensus that the advice industry would benefit from
considering how it could better appeal to women. It was interesting to note that advised men
felt significantly more strongly than advised women on this issue, suggesting there may be a
gap between perception and reality. However, the fact that investors voted fairly evenly for
multiple suggestions on how to improve things might be a wake-up call for the industry.” 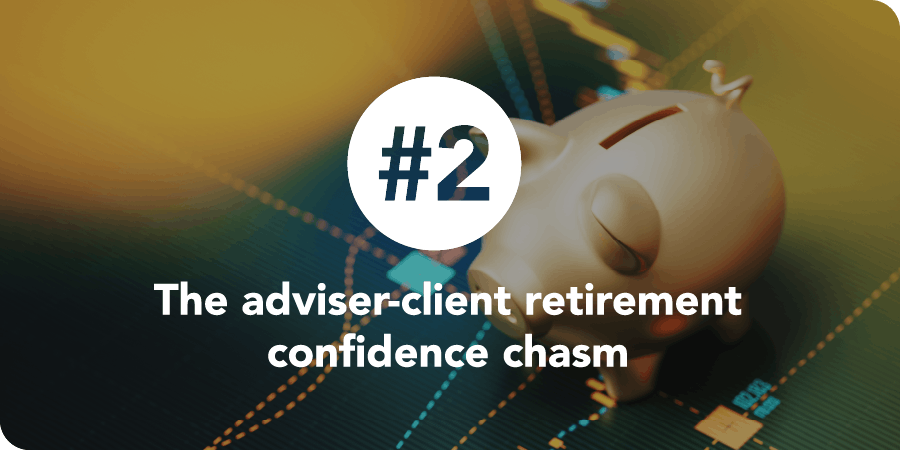 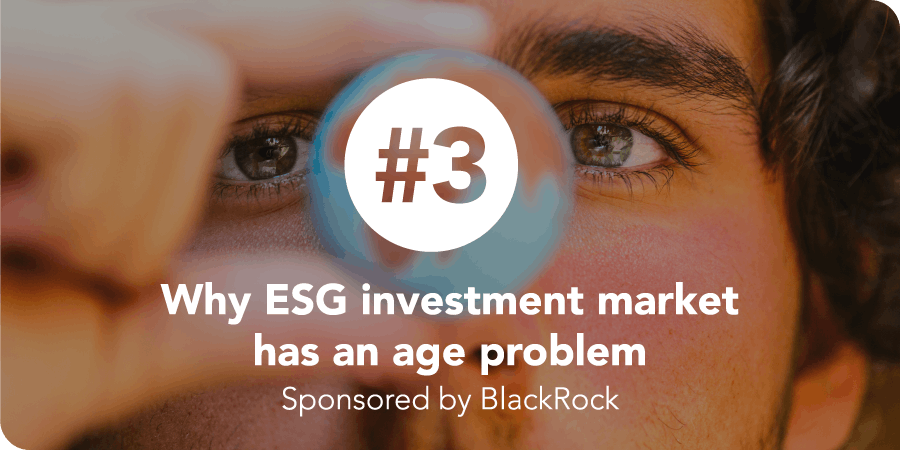 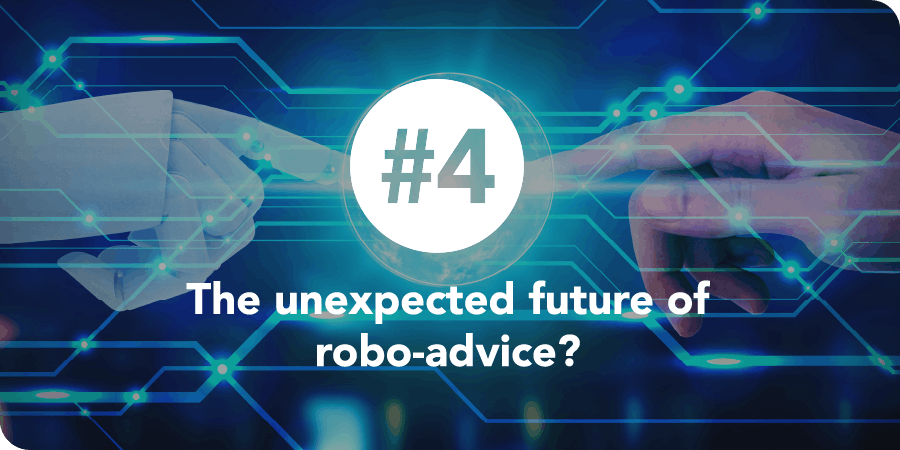 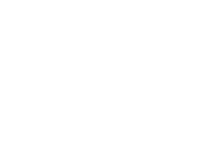 If you have any questions or wish to find out more about the Embark Investor Confidence Barometer, please contact us here. 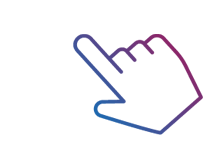 Looking to download the full Embark Investor Confidence Barometer? Simply fill out a form and download the guide.