As a responsible business we feel that it is important to have a positive effect on society and the communities in which we operate and as such are proud to be involved in a number of charitable and community initiatives. We also love to recognise the wonderful things that our staff do for their communities. We ask our employees to nominate those who they feel go ‘above and beyond’ both in their jobs and in their own time, whether by volunteering, fund raising, taking on community projects or simply helping others.

Everyone who contributes to charitable organisations and their community is a huge source of inspiration that personifies our commitment to building a better society.

As a key employer in Dundee and a keen supporter of green tech initiatives, Embark Group is proud to sponsor the e-bike rental scheme in the city for a second year running.

Over the past year, the scheme has helped develop the local infrastructure of Dundee to work on reducing carbon emissions across the city and has been incredibly successful with over 25,000 trips by almost 20,000 different people. The journeys have covered over 135,000km and saved a total of 35,000kg of C02 emissions.

The fleet of around 400 rentable e-bikes forms the largest scheme of docked electric-powered bicycles in Scotland. The scheme, called Embark Dundee, is developed and run by Ride On, an international urban mobility company, in partnership with Dundee City Council. 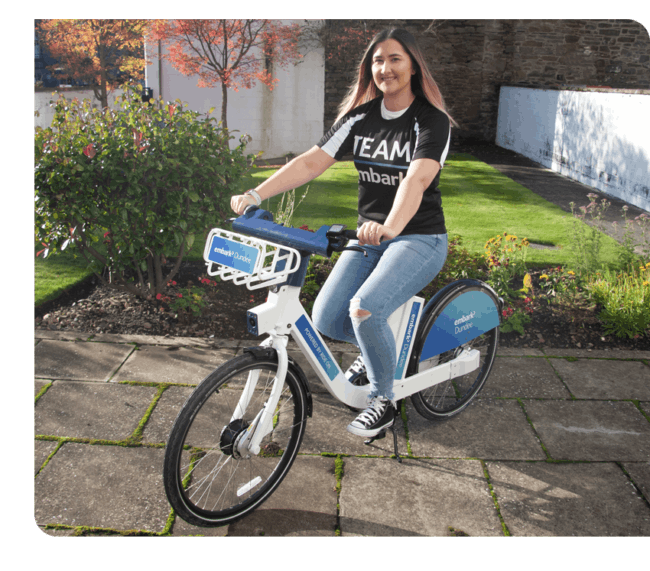 Established in 2017, the club supports riders from across the UK as they ride socially, in sportives or as part of the racing team. The club currently has 16 elite riders, with 11 under the age of 23, as well as members competing socially across the country.

Following on from a successful sponsorship in 2021, Embark is now lead sponsor for the 2022 season. The sponsorship ensures that Embark-Bikestrong can support more people and expand the opportunities for club riders to compete across the UK. It will also boost their ambitions as they look to compete at the European level, as it targets promotion to the UCI Continental Circuit, the first step into professional road racing, by 2023. 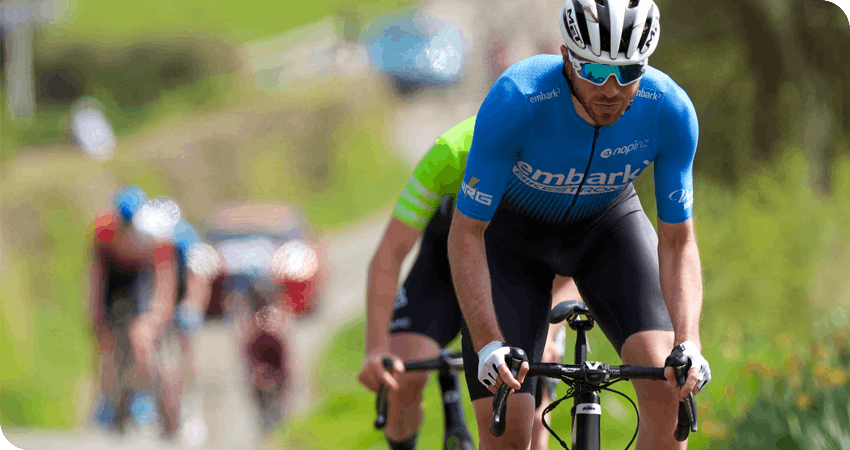 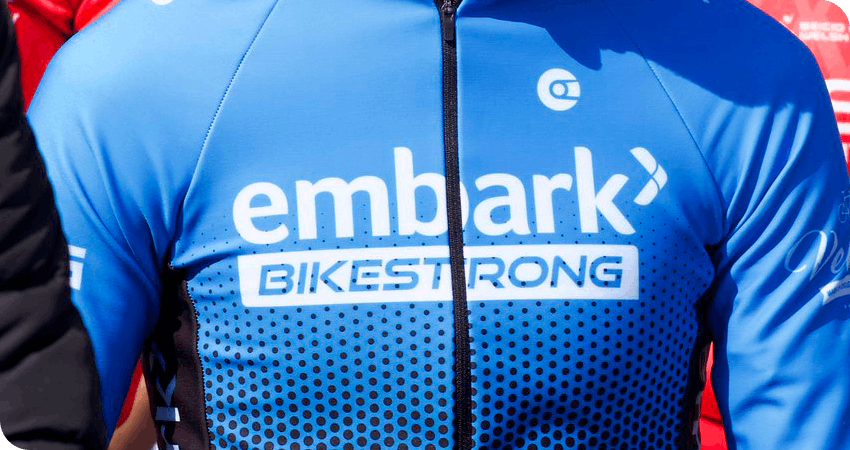 “Cycling is a fantastic team sport, requiring many individuals all with different skills to be fully aligned to a single mission, which reflects the Embark Group ethos. One of the attractions of Bikestrong-KTM was their commitment to supporting riders of all levels and abilities from elite to social, enabling more people to engage with the sport”

We continue to support a variety of charities year after year, by fundraising, volunteering and skills sharing; as well as encourage any individual fundraising efforts shown by our staff.

Our ‘Employee Awards’ event celebrates this by recognising all who take part in helping their local communities and chosen charities. 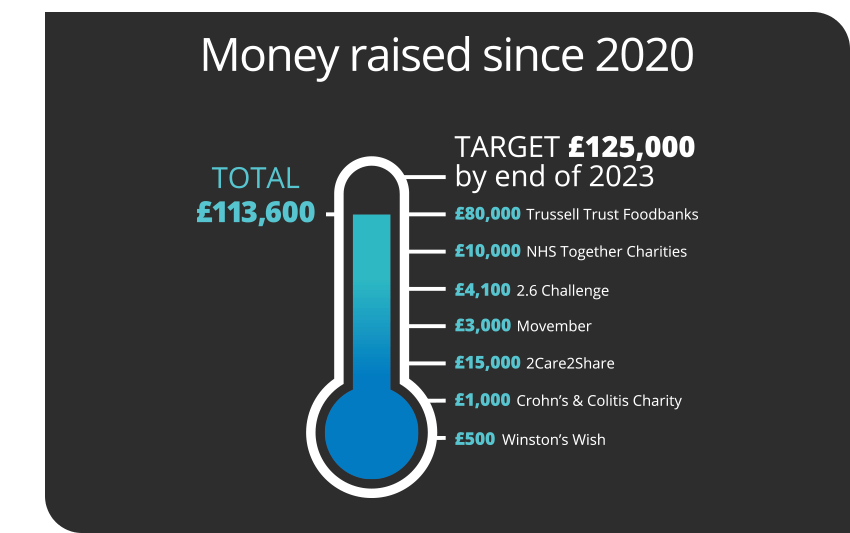 In November 2021 we announced our fundraising support for eight charities for 2022, which were selected by the employee representatives that make up our CSR Ambassador Panel.  Our chosen charities are linked to each of our office locations (including homeworkers) and fundraising is run locally through a variety of activities organised by colleagues across the business and is supported at a Group level with fund matching.

A charity offering support, research, fundraising, volunteering and campaigning to help people and their families suffering with Parkinsons and working towards finding a cure.

Boomerang provides learning and leisure activities to the residents of Dundee with the aim of providing a cohesive and fulfilled community.

The Christie charity provides enhanced services over and above what the NHS funds. Gifts from the public make a huge difference to the care and treatment that The Christie is able to provide to patients and their families.

Delivering palliative care for local people with life-limiting and terminal illness. They also have a teaching arm which works with the university’s education and research in palliative care.

This charity funds cancer research and supports cancer trials in Leicestershire and Rutland.

Centrepoint provides housing and support for young people in specific regions across the UK, including London.

A charity that helps young people to achieve their sporting dreams in Wiltshire and neighbouring counties.

Winston’s Wish is a charity which supports bereaved children, young people and their families – many of which lost family to Covid 19. In December 2021 we made a donation to Winston’s Wish in place of print and postage costs for colleague Christmas cards which were sent digitally instead, at the same time reducing the environmental impact.  Our donation helped to fund the Freephone National Helpline for just over a week. Find out more about them by clicking the button below.

With a vision to secure a safe life and future for orphans in Arusha, 2care2share look to further educate the local community regarding their homeless children. Their tireless work goes towards combating child poverty, prostitution or crime caused by the tough life of orphan children. The goal is to bring them to adult age with high ethical values and professional competencies. The Embark Group has sponsored this worthy initiative for the last 3 years, donating £15,000 during that time.

“Embark is a key partner of 2care2share ASBL making possible to build a better future for orphans in Arusha, Tanzania by providing Love, Care and Education.” 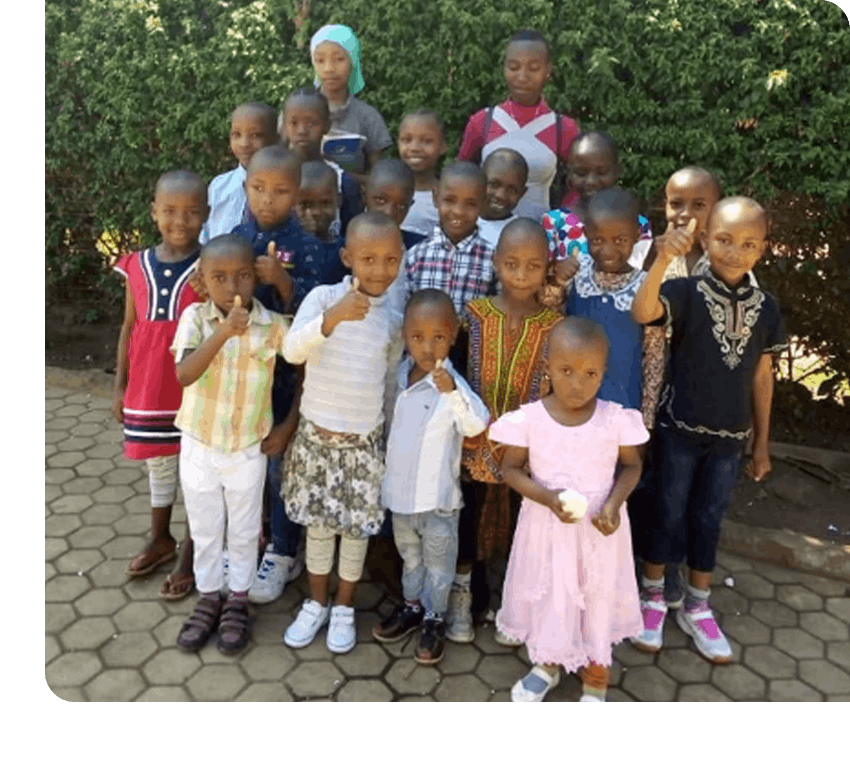 In March 2021, Embark Group and networking group, Women in Asset Servicing (WiAS) announced a new partnership designed to increase support for women at all stages of their careers in financial services. Embark is providing practical support, resources and expertise to WiAS to further increase the reach and impact of the group and will run for an initial period of two years.

2021 was a fantastic year for the partnership. We have built a new website, offered 3 online events and grown the membership by over 30%. The highlight of the year was the group winning the Asset Servicing Times award for Equality, Diversity & Inclusion Initiative. An even more ambitious events calendar is underway for 2022 and we look forward to working with WiAS for a second year with future ambitions to include mentorship schemes, volunteering programmes and raising the visibility of asset servicing as a career path at STEM events. 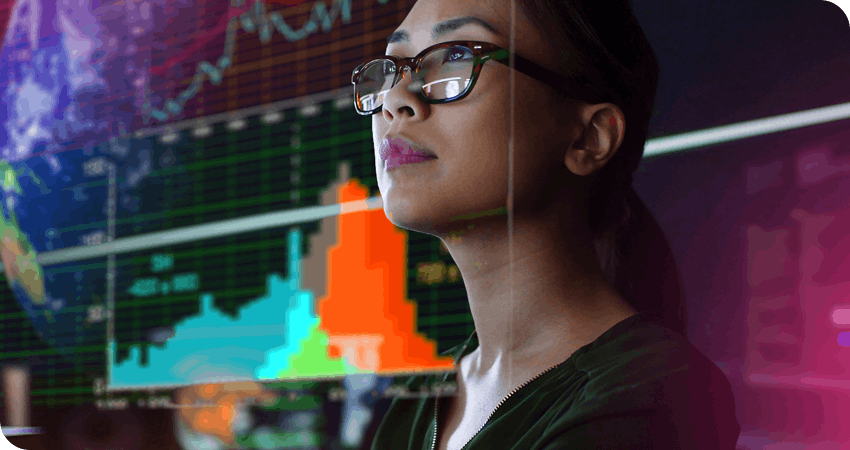 Our ongoing collaboration between The Embark Group and Women in Asset Servicing is really bearing fruit for the network. The network has grown over the last year and we are reaching out further into the UK, Ireland and into the US. Ideas flow across what now feels like a single team for WiAS and Embark, often more ideas than we can actually sensibly deliver in any one time! We are also growing in purpose and we launched our campaign encouraging personal bravery in 2022, the year we emerge from working solely from home and to encourage networking again. The engagement with The Embark Group has been and continues to be transformational and we cannot thank you enough for your time, patience and expertise.
Kate Webber, Founder of Women in Asset Servicing
Thanks to the support from The Embark Group, our network has truly now arrived! Whilst many people have worked tirelessly over the last few years to launch and grow the network, the support we have received has moved us to the next level and enabled us to support existing members more easily and attract new joiners. I look forward to experiencing the continued enthusiasm from everyone at WiAS and The Embark group as we continue on our journey to be a ‘force for good’ in the industry.
Gillian Hepburn, UK Intermediary Solutions Director, Schroders & Member Of The Advisory Board